This is part of a series of articles about the new features of Psalm 4.

The new version of Psalm comes with massively-improved unused variable detection. To understand why the new system is better, we're going to get a bit theoretical.

Looking at the above we can see that all assignments to $a inform the value passed to echo, but the same is not true of $b – its value is used on the right-hand-side of $b = $b + 1, but that assignment doesn't end up anywhere useful. This useless usage is enough to satisfy the mark-and-sweep approach (which thus marks $b as used), but it doesn't satisfy us.

To solve this problem, we'll need to explore the imaginary web of connections that underpins Psalm's type inference: the control-flow graph. 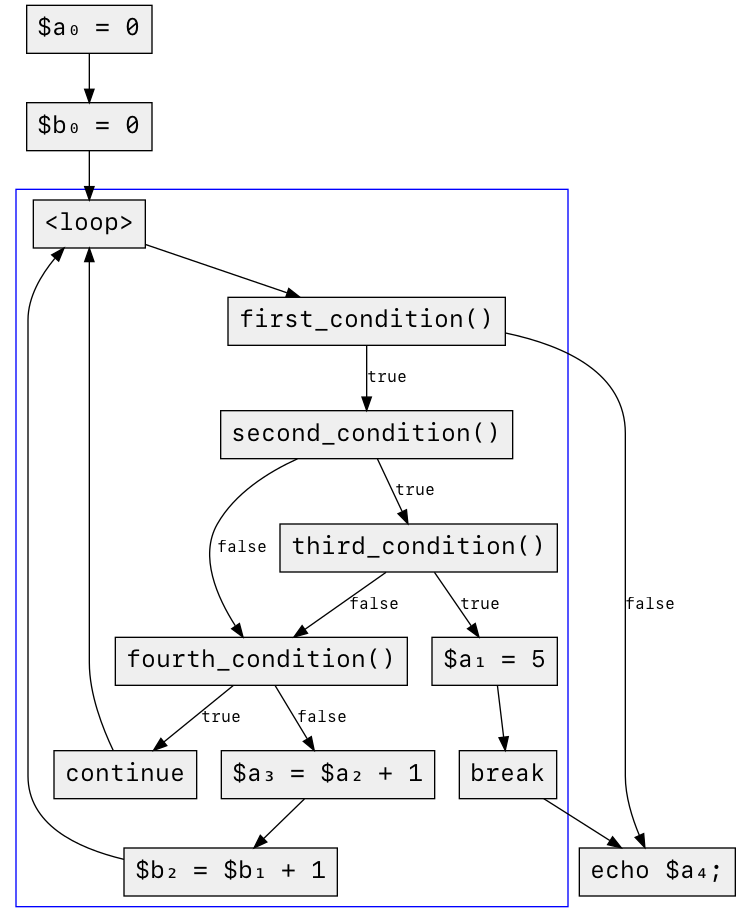 Since we only care about variables and their eventual usage, we can simplify that graph. 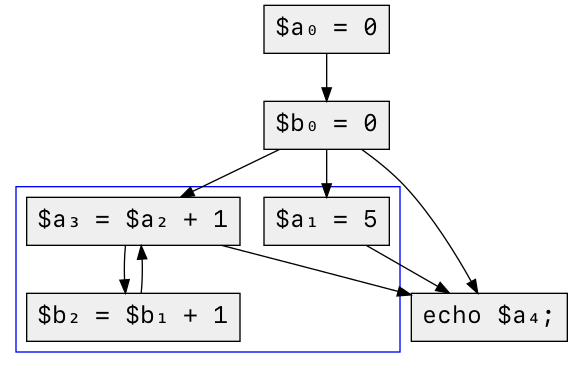 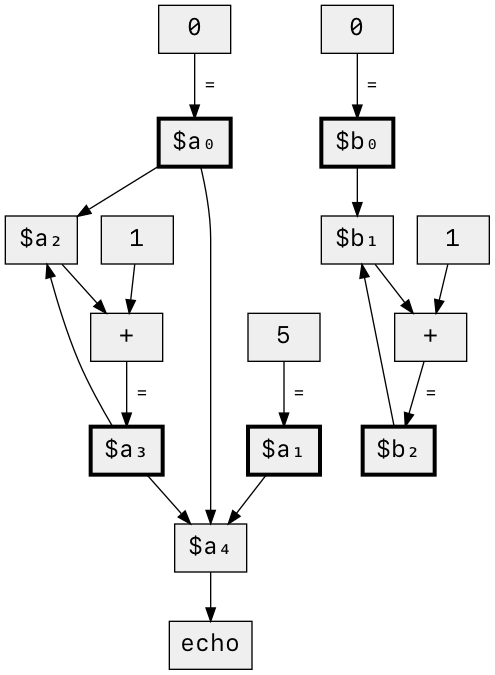 This is how Psalm's improved unused variable detection operates – it constructs a data-flow graph for every function and file, then does a simple graph traversal to verify that every assignment is used somewhere.

Another bonus: undefined variable detection is now much more closely tied to Psalm’s type inference than it was before, so for each false-positive UndefinedVariable bug there's usually an equivalent false-negative type inference bug, where a fix for one is also a fix for the other (ping me on Twitter if you want more details).

Psalm highlights the unused code in the interactive block below. Click the green button to make the assignments to $b disappear!